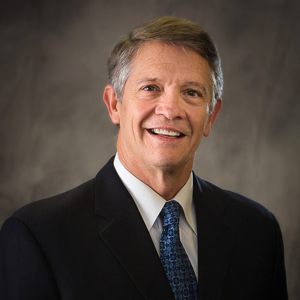 Scott has been involved in litigation and trial work for the entirety of his law practice. He started out as a prosecutor where he prosecuted and tried serious felony jury cases, ranging from murder to serious sex offenses. He shifted his practice to the civil arena where for over 30 years he has been involved in the defense of personal injury cases, with an emphasis on the defense of professional malpractice cases. He has been lead counsel in more than 100 jury trials and trials to the court throughout Kansas and Missouri, including various federal courts. He has appeared and argued numerous appellate cases in front of the Kansas Supreme Court, the Kansas Court of Appeals, and the Western District of Missouri.

Scott’s jury trial experience has a wide range and depth of experience, to include significant involvement and lead counsel in cases as varied as negligence causing a house explosion, severe spinal cord injury from a single vehicle roll-over accident alleged to have been caused by construction negligence, to the handling of significant witnesses to include medical experts in the defense of a ten week federal health care fraud criminal prosecution. Scott has represented and defended numerous health care providers against claims of professional negligence, including numerous cases to jury verdicts. Successful defense verdicts have been obtained defending health care providers in cases involving death or catastrophic injuries and damages, including cases involving cancer, spinal cord damage or stroke, alleged surgical malpractice, and birth injuries. Scott has also been a frequent speaker on litigation and jury trial tactics.

Scott has also devoted a significant part of his practice to alternative dispute resolution, and is a frequently sought out mediator for various personal injury cases in Kansas and Missouri. His mediation practice includes the metropolitan area of Kansas City, as well as areas within a three hour radius of metropolitan Kansas City.

Scott Lives in Leawood with his wife Pam, and has two grown children.

“A Guide to Medical Malpractice Law For The Kansas Pediatrician”, University of Kansas Medical Center (2011)

“How To Avoid Litigation and Pitfalls For Family Practitioners,” University of Kansas Medical Center